During the Star Atlas Brew #13, SCREAM fleet limits were confirmed. At launch, players will be limited to the number of ships and size of ships that they can initially pilot. The exact limit is unknown at this time. Further details and questions will be addressed during the Star Atlas Town Hall on Friday, May 13.

Players will be able to expand their SCREAM fleet limits through active gameplay. Players should be able to expand the number of ships available to them as well as the size of ship that they can pilot. Unlocking mechanisms are not clear, however the discussion centered around ATLAS as a potential currency for these hangar upgrades. Again, these mechanics are not clearly defined at this time and more information will be revealed in the coming week.

Additionally, player rewards will likely be tied to the amount of active gameplay invested in SCREAM. The transition from SCORE to SCREAM will see the player ATLAS economy shift from one of passive participation to active participation. Timelines for transitions are also unclear at this time.

The Star Atlas town hall this week will focus primarily on SCREAM, with game designer Chip as a key host during the community event. This article will be updated once more information is released during the Town Hall. 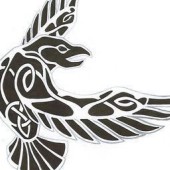 What Will Be the First Star Atlas Crafting Meta?